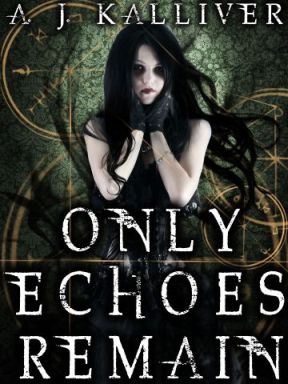 Only Echoes Remain is an Urban Fantasy novella by A.J. Kalliver.
Advertisement:

Set 20 Minutes into the Future (but in a world which is still reeling from the sudden appearance of magic and magical creatures), the story is told from the point of view of Isa; a somewhat fierce girl living on the streets of Chicago. Being a homeless person is a challenge for Isa, but she has other issues too. For example, there's the thing where she's not actually human....