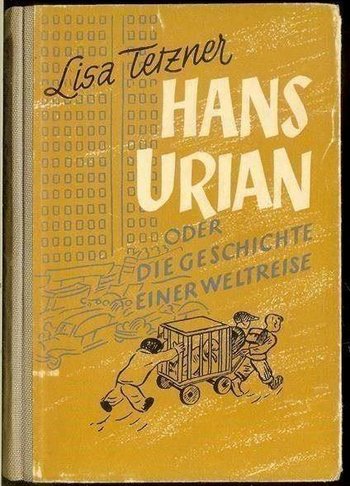 Hans Urian, oder Die Geschichte einer Weltreise (The Tale of a World Tour), or earlier: Hans Urian geht nach Brot (Hans Urian Goes for Bread) is a 1929 German children's book by Lisa Tetzner. It tells the story of a poor schoolboy who, after his father dies and his mother falls ill, goes out to find bread for his family, an errand that takes him around the world with stops in Greenland, New York, Central Africa, China, and Russia. Throughout the trip he makes new friends- including a talking, flying rabbit named Trillewipp, and learns the ways of the world. Given the time period in which it was written, Hans Urian features a number of very dated and potentially offensive depictions of foreigners, especially the Eskimos, Africans, and Chinese. The depictions of Africa and its natives also bear a strong resemblance to those in Heart of Darkness.

Notably blacklisted and burned by the Nazis in 1933, precipitating Tetzner and her husband — a Jewish Communist — fleeing to Switzerland.