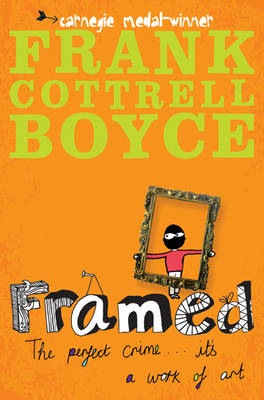 Framed is a British novel written by Frank Cottrell Boyce in 2004 . Set in a fictional British town of Manod, it follows the life of the young boy Dylan Hughes, whose father runs the local auto repair shop. When the going gets tough financially, his father is forced to go and work in another town to keep the family afloat, effectively leaving him in charge of the family business. At the same time, the local slate mine has been converted into the temporary storage of paintings from the British Museum following particularly severe floods. A stroke of luck grants him a meeting with the art gallery manager and a unique access to the paintings stored there.

Tropes featured in this novel include: