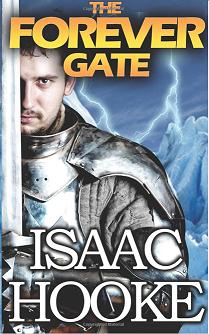 ABOUT THE FOREVER GATE:

3740 A.D. The ice age has immobilized the world. Colossal walls seal off the cities from the uninhabitable Outside. Humanlike entities called "gols" run society, and force the humans to wear collars that block the innate powers mankind has evolved.

Forever Gate was written by Isaac Hooke and is the first part in a five part novel. They are named 'Forever Gate 1' 'Forever Gate 2' and so on. The complete series was released in April 2013.

THE TROPES OF THE FOREVER GATE