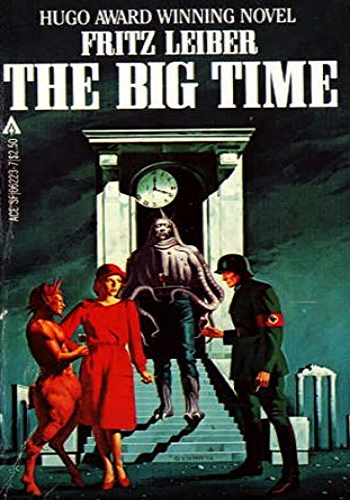 The Change War series by Fritz Leiber consists of a novel, The Big Time, and a number of short stories.

The Change War is a war of time travellers between two factions known as "the Spiders" and "the Snakes", with soldiers recruited from throughout history. The two sides span galaxies and species as well as ages, and no one, at least no one the reader meets, knows what the war is about. Both sides are trying to redesign the history of the universe, but no one knows to what end, nor does the war appear to even have a history.

Each story tells an incident within the larger framework of the War, with no recurring characters or plot threads. The Big Time is set in a rest-and-recreation station outside of time, where soldiers from the War go to recuperate between missions.