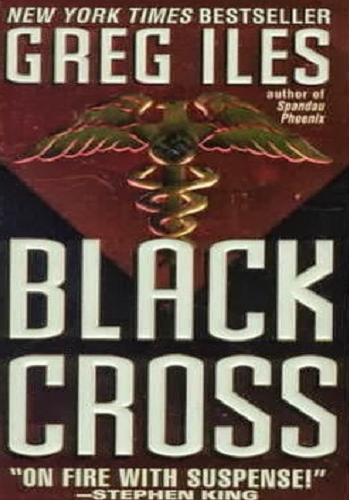 It's January of 1944. The British have discovered that the Nazis have developed a new chemical weapon: Sarin, a chemical weapon that, unlike mustard and phosgene gas used in World War I before, can't be blocked by a mere gas mask — it's absorbed through the skin. Knowing that this could seriously derail the allies' plans for the invasion of Normandy, they send in a two-man infiltration team consisting of Mark McConnell, an American M.D. and chemical warfare researcher working for the British at Oxford, and Jonas Stern, a German-born Jew and member of the Palestinian terrorist organization Haganah.
Advertisement:

A separate story thread takes place in the Totenhausen concentration camp, where the Nazis' experiments with sarin and other deadly gases are taking place.

The whole novel is framed as a story being told by a Rabbi who had known of Mark McConnell's actions to McConnell's son, shortly after his funeral and burial.