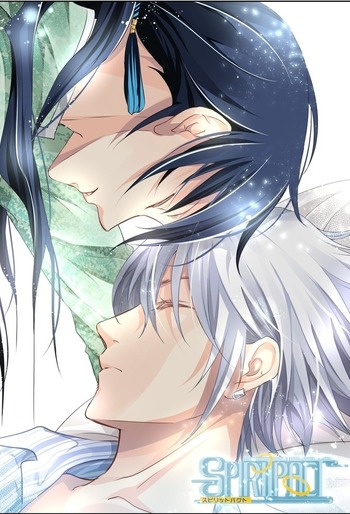 You think Free! is the gayest non-BL work to ever come into existence? Think again. The ridiculous amount of queerbaiting in Ling Qi will awe even the most seasoned BL fans - to the point that declaring it a non-BL work is almost pointless. Starting from chapter 70-ish, almost every few chapters, we will have Yang Jinghua and Duanmu Xi lovingly look at each other and whisper the sweetest of declarations. There probably isn't any other existing work that contains such blatant subtexts - so blatant that it makes you wonder why Ling Qi has not gone full-blown into the BL territory yet. In fact, it would be fair if readers want to consider Ling Qi a love story (or at least, a very sentimental story) between 2 humans who are fated to meet and have nothing left but each other in the world.

As such, it is not easy to list all the Ho Yay moments in Ling Qi. There will always be more if you squint just-a-bit harder.

(However, in all fairness, author Ping Zi has confirmed on numerous occasions that Duanmu Xi and Yang Jinghua would never have romantic feelings for each other. Therefore, Ling Qi does not and will not belong to the Boys' Love Genre