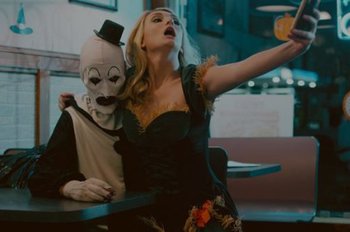 You already have eight likes!
For a movie with a title like Terrifier, there sure are some pretty genuinely funny parts.

Unmarked spoilers ahead. You've been warned.