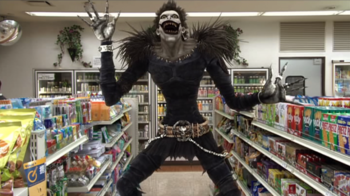 No apples = no sanity for Ryuk.
Death Note