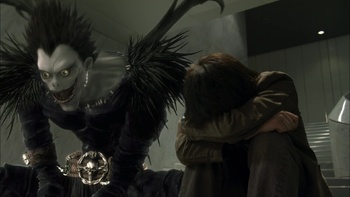 Being Kira comes with a heavy price.note Or did it?

All the sadness of the anime series involving a death-inducing notebook is now on the silver screen. Enjoy.