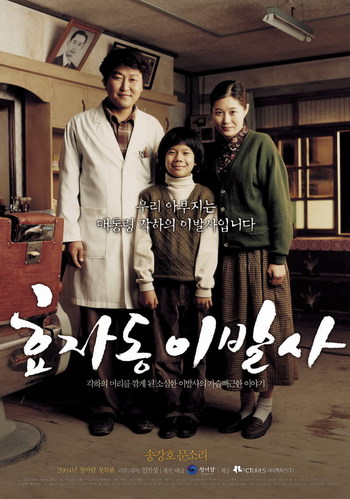 The President's Barber (Korean: 효자동 이발사; Hyojadong Ibalsa) is a 2004 South Korean comedy drama directed by Im Chan Sang that follows a barber (Song Kang-ho) and his family as he becomes a barber for Korea's president and is present during important moments of the country's history.