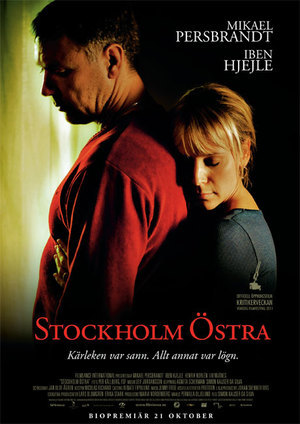 The love was true. Everything else was a lie.
Advertisement:

Johan's world crashes as he hits a child with his car on his way to work one day. Because shortly after, the little girl dies from her injuries. Johan is haunted by guilt, sinks into depression and becomes unemployable. Anna, the little girl's mother, can't overcome her death either and flees into a dreamworld where her daughter is still alive. By hazard, Johan and Anna meet at the metro station "Stockholm östra" and become friends. But only Johan knows about their connection and doesn't tell Anna that he was the car's driver. Anna however feigns that her daughter is still alive to Johan, and eventually falls in love with him. A passionate loves story evolves — on bad conditions and on the base of a lie.