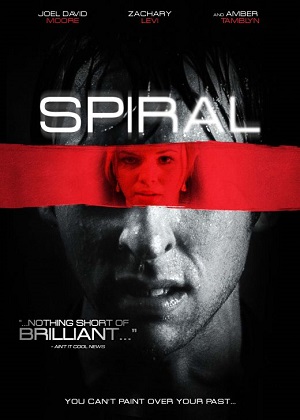 Spiral is a 2007 Psychological Horror film directed by Joel David Moore and Adam Green and starring Zachary Levi and Moore. Moore is Mason, a troubled telemarketer and artist prone to panic attacks. His childhood friend, Berkeley (Levi), is also his boss, and covers for him. Mason meets Amber at work and falls for her. He begins making paintings of her, but there is something darker below Mason's obsession with painting her...

Not to be confused with the live-action adaptation of Uzumaki, or the ninth entry in the Saw franchise.