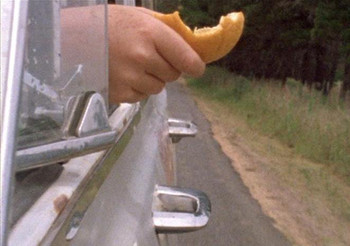 Peel, aka An Exercise in Discipline—Peel, is a 1982 short film (eight minutes) directed by Jane Campion.

A family, consisting of a man named Tim, his sister Katie, and his son Ben who looks to be less than 10, are driving along some Australian back road, returning from looking at a lot of land the man wanted to buy. Katie is in a bad mood, sniping at her brother for not liking her opinion (she's skeptical about the land), complaining about being late returning and missing music television show Countdown. Ben, obviously bored stiff, is bouncing oranges off the car window. When he starts flinging pieces of orange peel out the car window, Tim flips out.