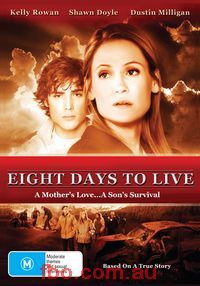 8 Days to Live is a 2006 Canadian Made-for-TV Movie Very Loosely Based on a True Story. When nineteen year old Joe Springs' driver's license is reinstated after it had been suspended for reckless driving, his parents are reluctant to let him take a road trip by himself. When they lose contact with him long after he should have arrived at his destination, it is believed that his vehicle crashed in the remote wilderness of British Columbia, and search and rescue operations are commenced to locate him before he perishes.