Film / A Case of Rape 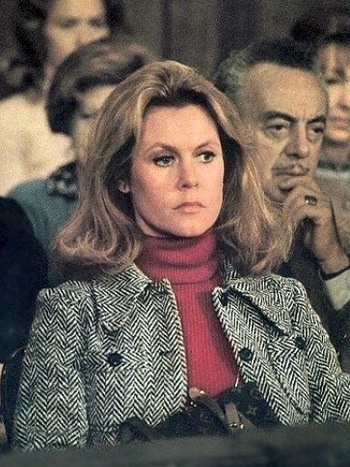 A Case of Rape is an American made-for-TV drama film directed by Boris Sagal and starring Elizabeth Montgomery, which aired on NBC on February 20, 1974.

The film tells the story of Ellen Harrod (Montgomery), a wife and mother who is raped by a man named Larry Retzliff (Cliff Potts) after he gives her a ride home from her night school class one night.

Although Ellen is initially reluctant to report the attack and wants to forget about it, after Retzliff rapes and brutally beats her for a second time she finally reports the crime to the authorities; the police and the courts are less than sympathetic towards her, however, and the subsequent trial strains Ellen's relationship with her husband David (Ronny Cox).

The film got a Nielsen rating of 33.1 and an audience score of 49%, making it the highest-rated television film on NBC up to that time.

A Case of Rape contains examples of: