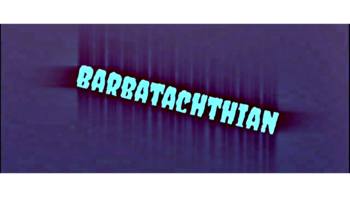 “Barbatachthian” is a supernatural horror film released in 2020. It chronicles the story of Chester Zerum, a guy who works for a think-tank and finds his life, and his flat, subject to the whims of a nightmarish entity known as Barbatachtian... and something even worse.

Written, directed by and... starring Ian Austin, it was filmed in May and June 2020 for less than £100, and is now available to watch (for free) on Youtube and streamable on Indie Nation Network.