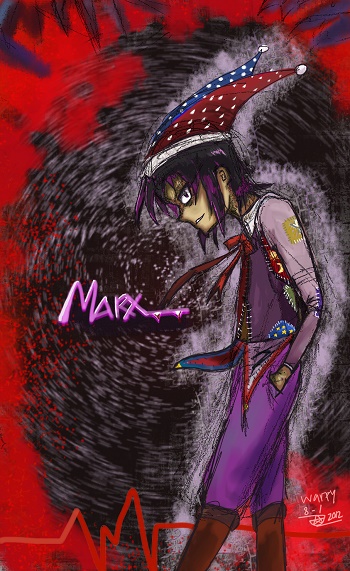 One that preys or clings onto another; a parasite.
"This is all for you, Kirby."
— Marx

Leech is a fanfiction trilogy (currently consisting of Leech

(completed; in the process of being rewritten), Lethe

(in progress), and a few side stories) taking place in the Kirby universe in a humanized AU. The series is written by FanFiction.Net user DoceoPercepto

with some additional artworks done by warp-y

on deviantArt. The series began with the first chapter of Leech in January 2012 and is still being continued to this day.

The Leech series contains examples of: