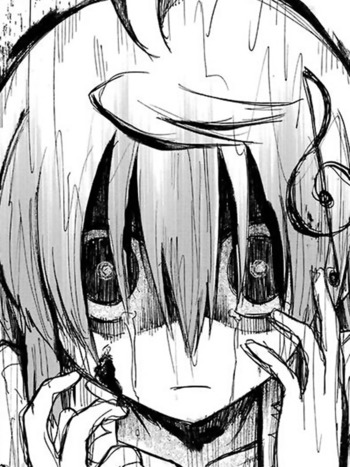 His profile picture: Look at this angelic face! Doesn't it inspire Friendship and Trust in your heart?
Advertisement:

His works often include the use of Crack Humor which includes but is not limited to, Breaking the Fourth Wall, the absence of logic, several innuendos, and other forms of humor, either subtle or childish depending on the situation at hand.

His stories, while definitely not suited for children considering the absurd amount of insanity and profanity within each chapter, are updated within the year at random times.

He often uses call-backs, most of the times not even trying to make them hidden, but openly adding scenes, jokes, and references to Pop-culture, Music, Tv Shows, Animes, Movies and other media.