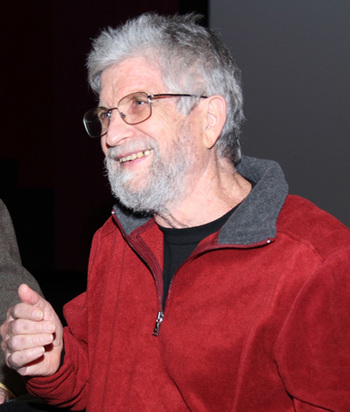 Neil Hollander is an American writer, film director and producer, journalist and sailor, born 1939 in Brooklyn. He has been at the forefront of independent film directing and writing for decades. He has directed independent film like the Golden Globe Award-winning The Last Sailors: The Final Days of Working Sail, Sea Devils and Birds of Passage, and he has released several award-winning films as Burma: A Human Tragedy, Under the Radar, H for Hunger, Jim Thompson: The Man & the Legend, First Flights with Neil Armstrong, Le dossier Babylone and Riding the Rails. As a theater director he has directed four plays.

As a film director, Neil Hollander worked on over 160 projects in US, Canada, Mexico, Poland and other countries. Only a quarter of his projects are not based in the US, but most of them are studied at the universities of Southern California and Texas. Many of his films have been awarded at the most famous festivals: Annecy, Varna, Ottawa, Oberhausen, Madrid, Berlin and others. Throughout his life he has lived in different parts of the world, including Thailand, Costa Rica, and France. His passion and personal interest in sailing took him on a 4-year long trip across the Atlantic and Pacific, in a small sailboat with no engine and no electrics, visiting sea ports around the world and witnessing the life of people who still make their living from the sea in the old traditions. During the trip, Neil Hollander sailed 25,000 miles. The trip was documented in a 150-minutes video story The Last Sailors: The Final Days of Working Sail, narrated by Orson Welles.

As an author he has written The Great Zoo Break, Elusive Dove, The Yachtsman's Emergency Handbook: The Complete Survival Manual, Ricette delle bevande forti dei marinai, Sailor Talk and The Final Days Of Working Sail among the most notable works. As a journalist, Hollander has written over two hundred original columns in many daily journals. Nobel Voices is the title of Hollander’s exhibition in the showroom in the Deutsches Museum in Munich. Out of 39 works, 30 are interview with Nobel Prize winners from the world of culture and art. All are made with collaboration with Smithsonian Institution.