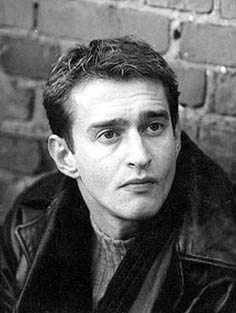 He acted in theater in the 1990s before moving on to film in the 2000s. He and his wife Anastasia had a son Ivan, but Anastasia died of a brain tumor in 2008. Khabensky is still acting, and divides his time between living in Moscow and living in Petersburg.