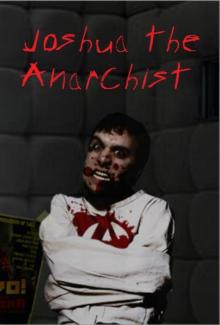 Joshua the Anarchist is a movie reviewer found on The Agony Booth, RVT and his own blog

. His persona takes the form of a movie critic that has been locked away in Arkham Asylum for having "crazy" views on movies. He produces two regular shows: The Lunatic Fringe which features 'fringe' opinions on movies and other media, and Movie Madhouse which are short reviews of current releases.