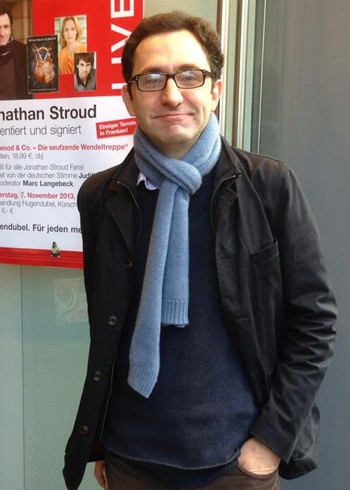 Jonathan Stroud (b. 1970) is a children's fantasy fiction author. He is best known for the highly acclaimed The Bartimaeus Trilogy sequence and his latest series, Lockwood & Co..

Stroud's other notable works are short stand-alone YA novels. His bibliography includes:

Tropes that Jonathan Stroud is known for: