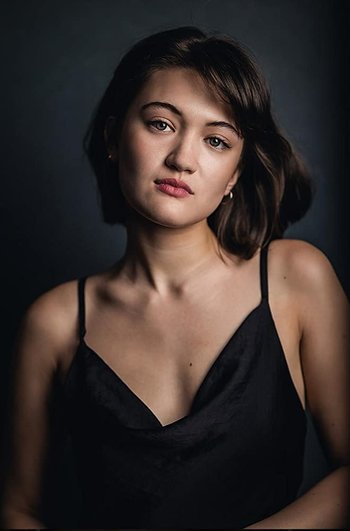 Isabella Camille Briones (born January 17, 1999 in London, England) is an English-born American actress and singer. The daughter of Miss Saigon actor Jon Jon Briones, she has appeared in productions of Evita, Next to Normal and Hamilton. On television, she played Andrew Cunanan's sister Elena in an episode of The Assassination of Gianni Versace. In 2019, she joined the Star Trek franchise when she was cast in a major role in Star Trek: Picard. Her cover of "Blue Skies" from that series was released as a single in 2020.