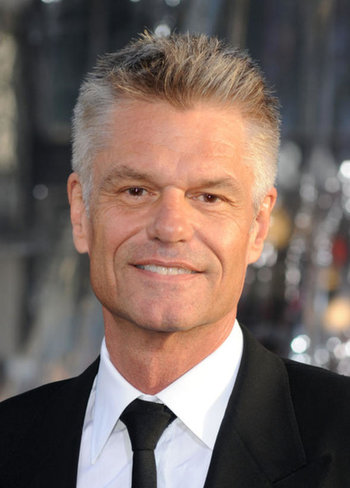 He is mainly known for playing Greek mythology hero Perseus in 1981's Clash of the Titans (a role he reprised through voice acting in God of War II, interestingly), attorney Michael Kuzak in L.A. Law and Jim Cutler on Mad Men.

His roles in L.A. Law and Mad Men earned him two Golden Globes nominations and a nomination for Primetime Emmy Award for Outstanding Guest Actor in a Drama Series, respectively.

He was in a relationship with the 15 years older Ursula Andress from 1979 to 1983, which produced a son named Dimitri. He was married to Laura Johnson from 1985 to 1989 and Nicollette Sheridan from 1991 to 1992. He's been married to Lisa Rinna since 1997, and they have two daughters named Delilah Belle and Amelia Gray. All three of his children have become actors.