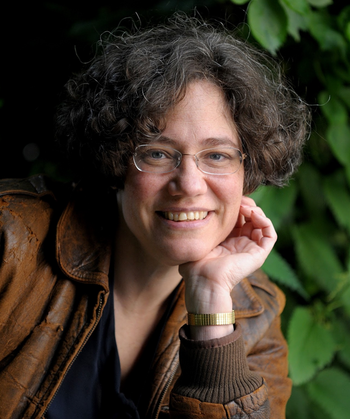 Elizabeth Wein (1964-) is an American-born Scottish writer, best known for Young Adult Historical Fiction. While her sixth-century Arthurian-Aksumite saga The Lion Hunters (1993-2008) was critically praised but not a commercial success, she won wide recognition for Code Name Verity (2012), about female spies and pilots in World War II, which became the first in the loosely-connected Young Pilots series. Much of Wein's fiction draws on her experience in hobbies like change-ringing, poetry, and flying small planes, and on settings where she has lived, such as Cheshire, Jamaica, Pennsylvania, and Scotland.
Advertisement: