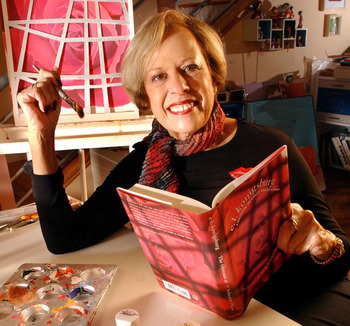 Elaine Lobi Konigsburg (February 10, 1930 – April 19, 2013) was an American writer of children's books and young adult fiction. She is best known for her two juvenile books From the Mixed-Up Files of Mrs. Basil E. Frankweiler and Jennifer, Hecate, Macbeth, William McKinley, and Me, Elizabeth, which both won 1968 Newberys, although she also wrote several other books, including winning a second Newbery Medal nearly three decades later, for 1997's The View from Saturday.