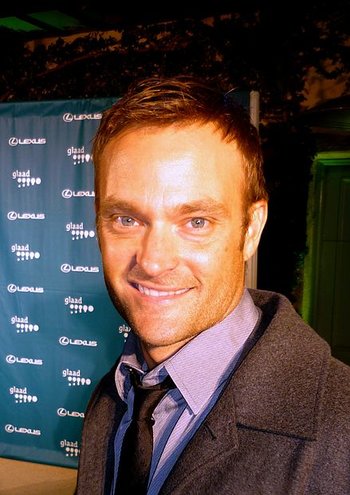 Chad Allen (born June 5, 1974 in Cerritos, California) is a retired American actor. Among his more notable roles are Zach Nichols on My Two Dads and Matthew Cooper on Dr. Quinn, Medicine Woman. He also played Tommy Westphall on St. Elsewhere. In the show's finale, the series was revealed to be the daydream of his character. This revelation led to the "Tommy Westphall Universe Hypothesis" which suggests that dozens if not hundreds of TV shows exist in Tommy's imagination (due to St. Elsewhere crossing over with other shows, most notably Cheers and Homicide: Life on the Street).

After being outed as gay by a tabloid at age 21, Allen became an activist for LGBTQ rights. He announced his retirement from acting in 2015 and is now a clinical psychologist.