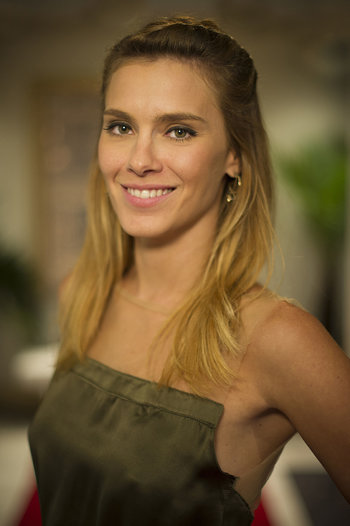 Carolina Dieckmann Worcman (born September 16, 1978 in Rio de Janeiro, Brazil) is a Brazilian actress. She has acted in soap operas since 1992. A 2004 article in the Women's Wear Daily described Dieckmann as one of the "fastest-rising actresses" in Brazil.

She portrayed a person with leukemia in the telenovela Laços de Família; in response 23,000 marrow donations were given after the telenovela aired. During the telenovela's Signature Scene, she had her head shaved for real on-screen.