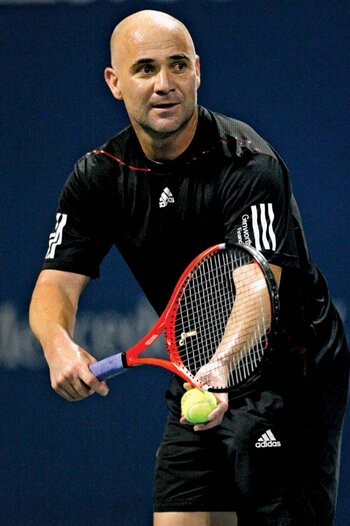 He was married to Brooke Shields, currently married to Steffi Graf and they have two children.