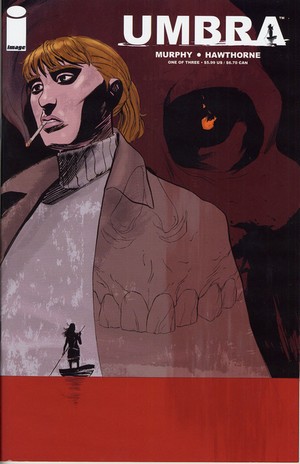 Iceland, 1999. An American tourist stumbles across a dead body and Askja Thorasdottir, as part of the forensic team, is called to the scene. Askja is a mass of anxieties, though, and not only drinks, but takes Atavin to calm her down. So it's quite a surprise when she finds the body isn't recent — in fact, it's the skeleton of a Neanderthal woman.

A Neanderthal who, in turns out, was wearing a fleece blanket made by the United Colors of Benneton and who was shot in the back with a Soviet-era pistol. While trying to bend her mind around that, Askja also deals with the beautiful Inspector Freyja Skullasdottir and her strange dreams of being in a boat with the Neanderthal woman (the only word she says is "Umbra") and a flock of Great Auks, birds that have been extinct since the 1800s.

Things get weirder, if that is possible, after a very sensual encounter with Inspector Skullasdottir, the flock of Auks from her dream prevent her from going into the police lab, just as it blows up. And what comes afterwards may turn out to be stranger that anything she can imagine.

Umbra is a three-issue black-and-white mini-series written by Steve Murphy and drawn by Mike Hawthorne and published by Image Comics in 2006. It's a Mind Screw in comic form. With lesbians.