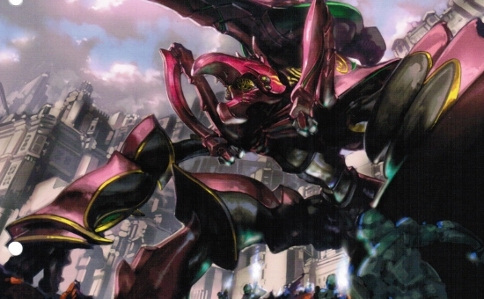 An alien species first encountered around 2040 by the 117th Large-Scale Research Fleet. Initially, they were non-hostile toward humanity, but this seems to have changed in more recent years, as they begin mounting attacks on the Frontier Fleet. They serve as the primary antagonists for the series.