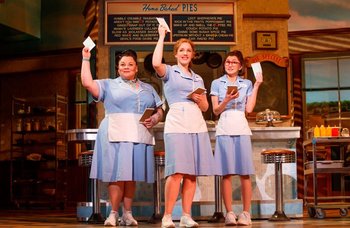 Down with the recipe and bake from the heart
Advertisement:

Sara Bareilles, the one responsible for Waitress's song and score, is also the one behind such hits as "Love Song" and "Brave", and her abilities shine through here.