Visual Novel / The Bottom of the Well 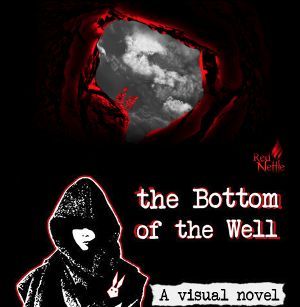 The Bottom of the Well is a Visual Novel. Within the Framing Story of explaining a dream she had, the protagonist has to survive a nuclear attack and its immediate aftermath. The game is short, and is designed to be replayed — the game reacts to doing so, and you can't get the "true" ending without it.
Advertisement:

The game was released in 2016 by Red Nettle Studio, and originally arose from a "Write a Game" challenge arranged by the IGDA Game Writing Special Interest Group

(where it won first prize in the amateur category). It's currently available for free on Steam, itch.io and Google Play.