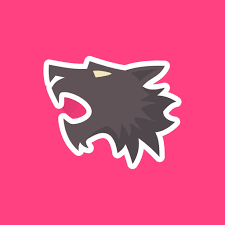 Awhoooooooo!
"Defend your village from the forces of evil or become a werewolf and hunt your friends!"
— Google Play store description
Werewolves Online is a multiplayer game published by Philipp Eichhorn. It was released on February 28th, 2020.It is, in essence, the social deduction games Mafia and Werewolf translated into a video game. It is based off of the Werewolf. Sixteen players go through a day and night cycle, with few dying each night. Each night lasts 30 seconds, followed by daybreak, with a discussion period of 1 minute, in which the players discuss who to vote out. Finally, a 30 second voting period follows, where the village can all cast their vote. The person voted will die, only being able to communicate in the dead chat.
Advertisement:

There are multiple teams throughout the game: