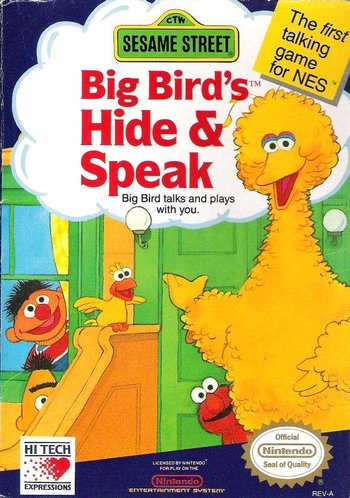 Sesame Street: Big Bird's Hide and Speak is an NES game based on Sesame Street. Published by Hi Tech Expressions. The game is noticeable for having full speech, courtesy of Caroll Spinney. Little Bird is your guide as Big Bird tells you to find the character (characters like, Bert, Ernie, Grover, Elmo, and Count Von Count) or letter.

This game provides the example of: