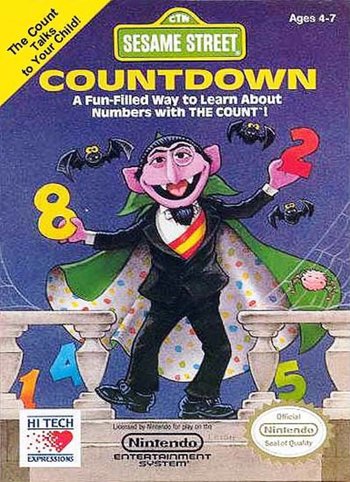 The boxart for the game
Sesame Street: Countdown is a side-scrolling NES game by Hi Tech Expressions based on Sesame Street.
Advertisement:

As The Count, you first pick a number, and then find enough of that same number or things that add up to that number through eight different levels.