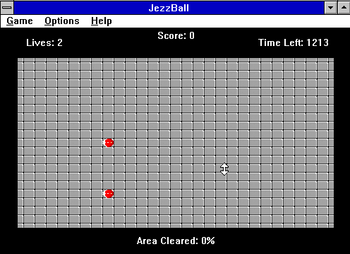 In the game, atoms constantly bounce around a rectangular playing field. To advance to the next level, you must clear 75% or more of the playing field by partitioning it off. Get hit by a ball or run out of time, and you lose a life.