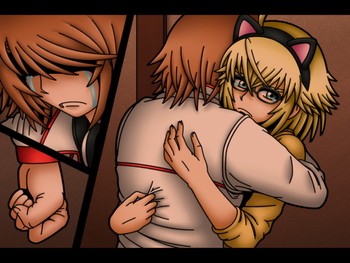 "I couldn't even really explain why, but when I saw her cry, I wanted to cry, too."