Nightmare Fuel / The War of the Worlds

"There's a jet of flame springing from the mirror, and it leaps right at the advancing men. It strikes them head on! Good Lord, they're turning into flame! ... Now the whole field's caught fire! The woods — the barns — the gas tanks of automobiles — it's spreading everywhere! It's coming this way — about twenty yards to my ri—"
DEAD AIR. 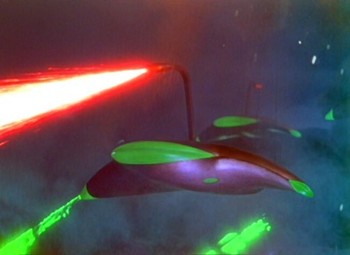