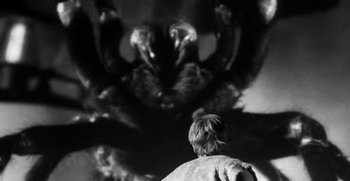 |If you thought the black widow from the book wasn’t frightening enough...meet Tamara the tarantula.
Advertisement: