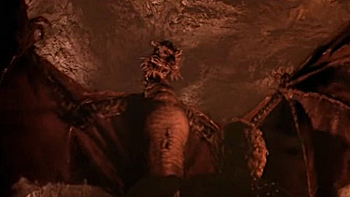 Disney's PG-rated (hah!) Dragonslayer was one of the scariest Sword And Sorcery films of the time. This was during Disney's low period, so this film, like TRON two years later, took some very un-Disney-like chances.