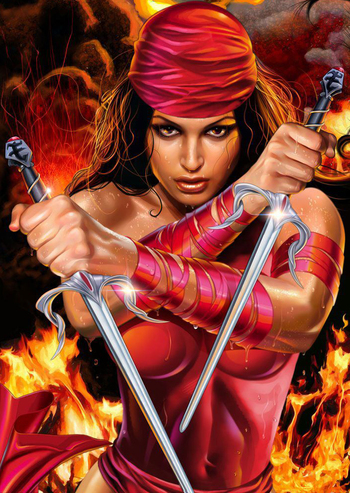 Elektra sai-zing up her target.
"I was dropping the Foot like flies with my sais!"
— Raphael, Teenage Mutant Ninja Turtles (2012), "The Pulverizer Returns!"
Advertisement:

was originally an agricultural tool, but then became an Improvised Weapon often associated with Ninja.

The Other Wiki has more details on the historical use of the sai here.