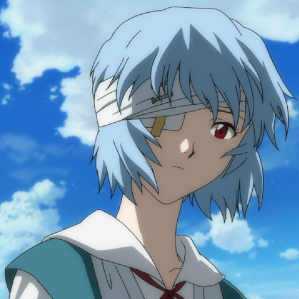 In short, wearing gauze, casts, eyepatches and similar items for Fanservice purposes, or seeing it as such.

Particularly well-entrenched as a Moe trait in anime/manga circles, and featured in the cosplay style/fashion trend called kegadoru

("injured idol"). The basic psychology isn't difficult: the appearance of injury implies the need to be protected, which inspires a desire to approach and comfort the injured person. And if they're wearing only bandages, then it also satisfies the Theiss Titillation Theory.

Alternatively, characters wearing Bandages may satisfy the Rule of Cool too, as a stronger, more involved character who wears bandages but doesn't stop taking part in whatever needs to be done is a sign that they're dedicated to helping carry out the plan in spite of their injuries.

A more extreme version of this fetish is abasiophilia, a sexual obsession with disability or the appearance of disability. Amputations, prosthetics, parapalegia, and the like fall under this category.

Unsurprisingly, this is a feature of the Seductive Mummy. Sarashi is a similiar concept that predates this one. See also The Florence Nightingale Effect, which is when a nurse or doctor falls in love with a Bandage Babe. Usually involves a Bandaged Face. Overlaps with Good Scars, Evil Scars.