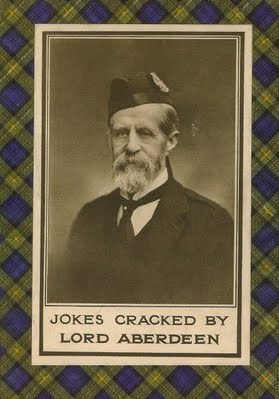 The master of mirth.
Jokes Cracked By Lord Aberdeen is a slim volume published in 1929 containing exactly what it says on the cover. Over the years, the book gained a cult following due to its often baffling humour and general air of being So Unfunny, It's Funny.