Literature / Groom of the Tyrannosaur Queen 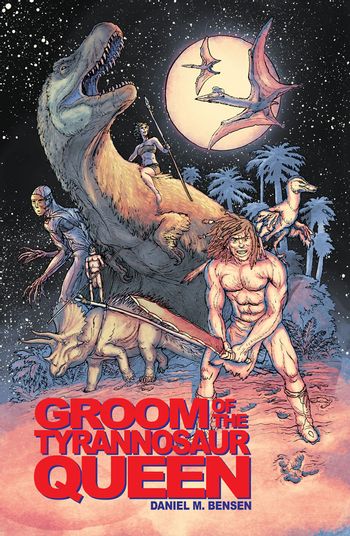 Coverart by Simon Roy
"This is the Face of God! I stalk this earth, I thunder this sky.The milky fingers of virgins will coil about my manhood as I sip your blood from the cup of your skull!"
Advertisement:

Groom of the Tyrannosaur Queen

is a novel about a modern soldier, a barbarian warlord, and dinosaurs.