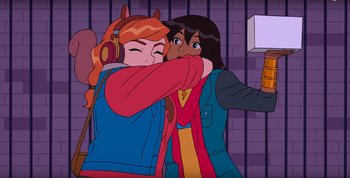 Talk about getting up close and personal

As to be expected with a girl oriented project, there are some moments that support this idea.