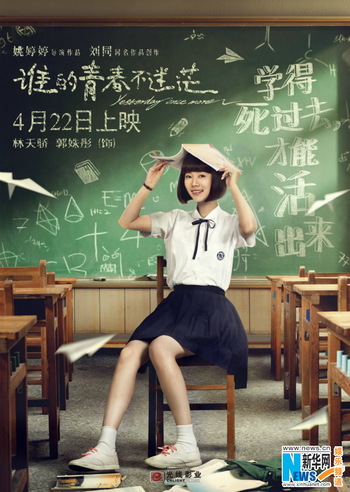 Lin Tianjiao is top of the class in almost all of her subjects, spending all of her time studying instead of wasting time on distractions like her passion for astronomy. However, under the pressure of needing to get the highest score in the college entrance exams to win a prestigious award, she resorts to cheating by copying off her notes during an exam. Her notes fall on the floor, where it is noticed by Gao Xiang, a rather unmotivated student. When their teacher finds the notes on the floor, Tianjiao is about to admit that she was cheating, when Gao Xiang takes responsibility instead. Tianjiao approaches him to thank him, and he gets her to do his homework for him in return for keeping his secret. The unlikely friendship that develops leads Tianjiao to question the mindset that she has been raised on and what she really wants to do with her life.

Yesterday Once More contains examples of: