Film / The Ladies Get Their Say 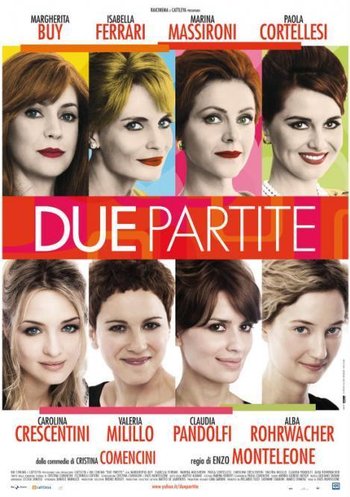 The Ladies Get Their Say (original title: Due Partite) is a 2009 Italian movie directed by Enzo Monteleone and based on a screenplay written by Cristina Comencini. It is divided in two parts: the first one focuses on a group of four ladies in the late '60s, who gather every Thursday to play cards and talk about their lives; the second one details a game played by their daughters in the present days, after the funeral of one of the mothers.