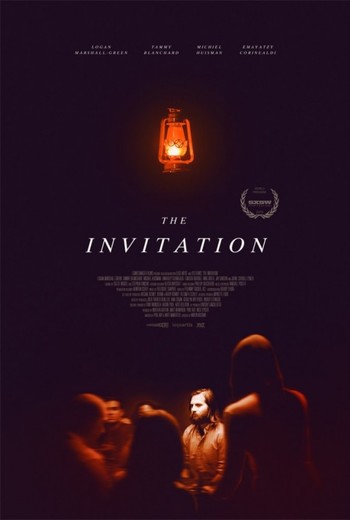 Just a nice little meal with friends.
"I'm so glad you're here. We have a lot to talk about. So much to say tonight."
Advertisement:

Two years after the accidental death of their son Ty and subsequent divorce, Will's ex-wife Eden and her new husband David invite Will, his girlfriend Kira, and other estranged friends to a reunion dinner party. Drinks and awkward conversation flow. After he learns about the couple's new religion and meets their strange friends, Will suspects that a sinister plot is brewing...or maybe he's his own worst enemy.